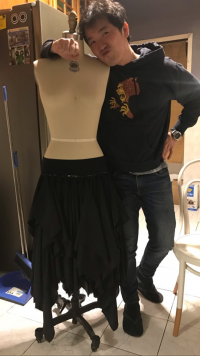 Masaaki Sato is a Japanese fashion, costume and accessory designer who lives in New York. He is Amy Lee's long time collaborator and has designed some of the outfits she's worn on Evanescence's tours.

During a podcast in March 2019, Amy talked about her work with Masaa:[1]

Designed especially for the Nobel Peace concert in 2011.

Worn during the Synthesis Live Tour and also during the Verona show in September 2019. 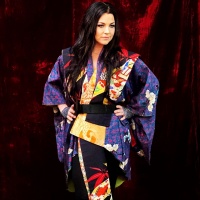 Designed for Amy's guest appearance at Wagakki Band's orchestral show in Osaka, Japan on February 16, 2020. This is what Amy had to say about the kimono:[2]