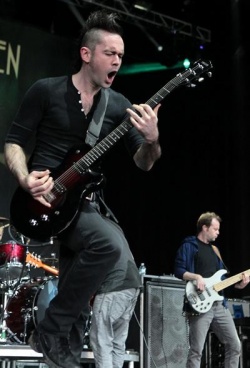 James Black (born August 31, 1975) is a Canadian guitarist, singer, songwriter and musician based in Toronto, Ontario. Black is best known for his role as guitarist in the band Finger Eleven since 1990, but he also maintains a solo career and has a side-project with a fellow Finger Eleven band member. Others may know him as co-founder, guitarist, and singer of Blackie Jackett Jr.

James filled in as a live guitarist for Evanescence's 2009 shows, as Troy McLawhorn was a full-time member of Seether at the time.