Her sixth album, Volta, was released in April of 2007 and was accompanied by her first worldwide tour in 4 years. The album is yet another reinvention for the artist with strong brass rhythms and creative use of unique instrumentation. In 2009, she produced a live compilation titled Voltaic including studio recordings of songs as they were performed live, a live concert DVD, a disc of Volta remixes and a DVD of music videos to document her epic 2-year tour.

Three years later, she releases Biophilia, billed as the "first app album". It explores the links between nature, music and technology.

Her next album, 2015's Vulnicura, documents Björk's break-up with Matthew Barney. She described it as "a more traditional album than Biophilia for what concerns songwriting. It's about what may come to a person at the end of a relationship. It talks about the dialogues we may have in our heads and in our hearts, the healing processes."

Her ninth album, Utopia, was released in 2017. It's a direct parallel to her last project, Vulnicura. With a more positive vibe, Utopia refers to a utopian fantasy rather than a dystopian vision, focusing on finding solutions for the current state of the world. 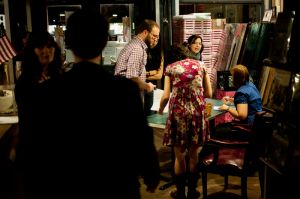 Amy's favorite Björk album is Post, while her favourite songs are "Crystalline", "Army Of Me", "Joga" e "Pagan Poetry"[5]. Amy has also been spotted at a few of Björk's live performances.

In a 2006 interview at Rolling Stone Germany, Björk stated: