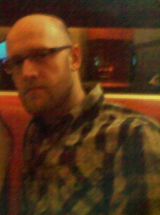 William Barry Hunt, also known as Will "Science" Hunt (not to be confused with Evanescence drummer Will Hunt) is noted for collaborating with Amy on Sally's Song and helping co-write the band's third album. He is an American percussionist,[1][2] recording producer,[1][2] programmer,[2][3] and songwriter.[4] He has a studio in Fort Worth, Texas.[4]

The Age of Information

See also: [[The Age of Information]]

"Science" was a member of The Age of Information, a band formerly known as Trading Yesterday, which was originally founded on 2002. The singer of the band is David Hodges, former member of Evanescence. Before breaking up with the band, he released with the band on September 2007 the six-track EP titled Everything is Broken.

In 2009 and early 2010, "Science" co-wrote most of Evanescence's third album with Amy Lee in New York and Texas, and he co-produced the album with Steve Lillywhite.[2] Amy said this about "Science":

She said that they were going to do a "two-drummer thing. Basically Thing 1 and Thing 2 — we're gonna have figure out some kind of plan for just knowing who's who."[2] She also said in an interview with Spin.com that "the songwriting and sound is inspired by a lot of our mutual loves -- Bjork, Nine Inch Nails, and music with a lot of programming and sounds that feel larger than life."[4] In the same interview, when asked how did Amy get a second guy in the band called Will Hunt, she said this:

Songs released with the self-titled album that he co-wrote with the band are Made of Stone, Sick, End of the Dream, Swimming Home and Secret Door. Amy said in a radio interview on August 2011 that "Science" ultimately did not join the band:

David Hodges released an EP titled The Rising on 2008. "Science", along with David, produced the EP and he is also credited for the drums and programming.