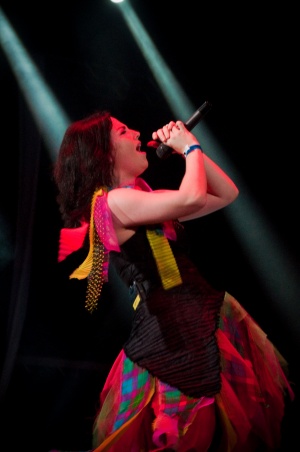 Concert played in Sao Paulo, Brasil, on November 8, 2009, the second and last concert during that year. It's important because the fans had not had the opportunity to see the band for a long time. Amy announced the show through a post on EvThreads.[1] The show (and the New York Secret Show) had a new intro, and this is what Amy said about it:

These are the lyrics of the intro, as said by Amy: