Difference between revisions of "Fallen" 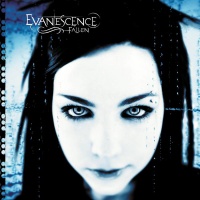 Amy Lee is quoted to have said, “We've all fallen, but at the same time we're not broken. There is the hint that we are going to get up again.” This is one of the reasons that Fallen is called what it is. Ben Moody in an interview said that Fallen was made to let people know that they aren’t alone when they feel alone or feel pain. Fallen has sold well over 14 million copies worldwide and about 5 and a half million in the US alone. The album debuted at #7 and has not fallen below #39 to date on the Billboard Album Chart. The album stayed in the top 10 for 43 non-consecutive weeks. Released March 4th, 2003. The CD was re-released in January 2004 with the band version of My Immortal. Fallen was Grammy nominated for Album of the Year in 2004. John LeCompt and Rocky Gray both had writing credits on Fallen before they officially joined the band. John has credits on Taking Over Me and Rocky has credits for writing the original version of Tourniquet (originally called My Tourniquet) for his then-band, Soul Embraced.

Watch highlights from The Making of Fallen on YouTube!